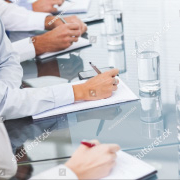 When Dave Chandler checked his blood pressure in July 2018, the 26-year-old assumed he was fit and healthy.  But the Wellpoint told a different story and Dave avoided serious medical consequences by listening to the Wellpoint and getting medical help.

Dave, an electrical engineer at an electricity distribution company, designs and installs electricity substations to keep the grid running and the lights on for the people around Lincoln.  Dave is also a keen sportsman with a love of football and rock climbing who had just completed a 100-mile bike ride from Lincoln to Old Trafford, the home of his team Manchester United.  So a routine health check on the Wellpoint, which is installed twice a year at his local depot, was a major surprise when it showed a red warning signal for high blood pressure.  Initially doubtful of the reading given his age and fitness, Dave rechecked his score and on the advice of his partner Susan Dower, sought medical advice.

The GP he consulted immediately referred Dave to Accident and Emergency where an electrocardiogram detected damage to the left ventricle.  Through medication Dave has fully recovered, with his blood pressure now under control, and has taken up sports fully once more.

As Susan explained, the presence of the Wellpoint was critical: “The A&E doctor said that due to his age, high blood pressure normally goes unnoticed until it’s too late and a stroke or heart attack happens. I’m not sure that without the health Kiosk being brought to the depot what would have happened.”

Dave Chandler is now fully restored to health, with his blood pressure maintained at normal levels, and able to play football and carry on his passion for rock climbing.  Both Dave and Susan appreciate the Wellpoint for the vital purpose it has served, but also for the general role it plays in keeping the team at his company focused on fitness and wellbeing metrics.

As Susan concludes: “You can tell when the Wellpoint is in the depot as everyone is eating the salads.”

[Names have been changed in this case study to protect privacy]

Cookies are information packets sent by web servers to web browsers, and stored by the web browsers.

The information is then sent back to the server each time the browser requests a page from the server. This enables a web server to identify and track web browsers.

This document is based on a free Contractology cookies policy form available at www.freenetlaw.com. Contractology produce and publish jurisdiction-neutral legal documents for professional customers around the world.

Wellpoint Group Limited uses Google Analytics to analyse the use of this website. Google Analytics generates statistical and other information about website use by means of cookies, which are stored on users' computers. The information generated relating to our website is used to create reports about the use of the website. Google will store and use this information. Google's privacy policy is available at: http://www.google.com/privacypolicy.html.

Most browsers allow you to refuse to accept cookies. In Internet Explorer, you can refuse all cookies by clicking “Tools”, “Internet Options”, “Privacy”, and selecting “Block all cookies” using the sliding selector. In Firefox, you can adjust your cookies settings by clicking “Tools”, “Options” and “Privacy”. Blocking cookies will have a negative impact upon the usability of some websites.

Wellpoint Group Limited (Wellpoint) is committed to taking data security very seriously and takes great care with customer and user data. This Privacy Notice outlines how your personal information will be treated. Our security and privacy policies are periodically reviewed and enhanced and you should check this page to see our most up to date policy.

What data do we collect?

In order to provide you with our services, we may collect personal data about you from our website and from our health kiosks. Information such as your name and email address are used to create an account for you on both the website and the health kiosks. Other data we may collect includes data such as age, gender, and your health metric data that is collected on the kiosk, or entered by yourself into Well.Me. This allows you to keep track of your overall progress and be able to see historic results, set goals and enter challenges with your friends and colleagues.

How do we use your data?

Any personal data that Wellpoint collect will only be used for the following purposes:

We can assure you that your personal data is never passed on to third parties.

Personal data that Wellpoint hold will only be stored for the minimum amount of time deemed necessary for the purposes for which it is being used, including:

Your rights to your data

As a Well.Me user, you can regularly receive emails giving you an update of your Weight, BMI, Body Fat Percentage, Blood Pressure, Heart Rate, Cardiovascular Risk and Heart Age whether they have been manually entered or recorded as a result of a health check on a Kiosk.